The Post–COVID-19 World, an Epilogue from the Play Bold Book (release date Feb 2021)

So we meet again, in the next S-Curve Post-COVID-19. Faster than we thought possible, right?

The year is 2050, and we are blooming in a new Renaissance. The pandemic back in 2020 took its toll—with lockdowns not only delivering a devastating economic impact but also a huge social impact that none could foresee. The virus mutated several times, and it is still around in various guises. But we have learned to live with it, and in its wake: social adoption and a deeper understanding of the interaction between the different systems that form the global ecosystem. In this new era of enlightenment and rethinking, we started to restore the planet and create a constructive civilization. At least for now. 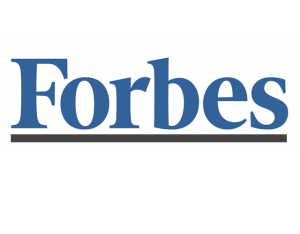 Featured with the S-Curves and the Play Bold Concept

The history of pandemics pushing the S-Curves

The pattern and the S-Curve are the same as it was after the Black Death, which was followed by the Renaissance. Then unsustainable industrialization, urbanization, and transportation triggered outbreaks of cholera, which were eliminated through massive improvements to sanitation and access to clean water. We entered a new era of good health. Life expectancy in 1800 was twenty-nine years, which almost doubled in the following one hundred years. One hundred years after cholera, the Spanish Flu hit the world with devastating consequences. One world war later, we entered the most expansive period in human history, an era during which we increased production and consumption so much that we almost killed the planet. And then COVID-19 struck, a hundred years after the Spanish Flu, two hundred years after the cholera outbreak, and three hundred years after the last great wave of the plague, reminding us that we must start to live sustainably by taking care of nature’s balance and our finite resources.

What did we learn in on our S-Curve?

So what did we learn from the outbreak in 2020 and all the previous pandemics? We learned that pandemics are just one symptom of a broken planet and that global warming, rising sea levels, conflicts over rare earth metals (which are needed for our electronic devices), increased frequency of flooding, storms, and wildfires will result in protectionism and calls for strong leaders, even dictators. Or does it? Is this a parallel, imaginary universe that we are talking about here, like the one we learned about in the chapter about the quant physicist? If so, can we push the undo button we talked about earlier? Well, honestly, I do not know.

I argue that by the 2050s, the beginning of the next global S-Curve, we will have found ways to recycle waste, get energy sustainably, feed carbon back into the earth, and restore the planet. We have regulated our use of outer space and banned colonialization and exploitation. We will have figured out how to live in harmony with nature. We avoid large crowds, keep our distance, and practice good hygiene. We don’t go to the World Cup, the Olympics, pop festivals, political rallies, or large celebrations. Manhattan was the first major metropolis to ban private cars and that in its wake saw efficiency gains in traffic and increased life quality. Green parks and outdoor cafés replaced the borough’s parking spots and collaborating on its new high-speed public transportation system swapped places for cussing by yourself in snail-speed, gridlocked streets. Technology has turned us into partners and collaborators that are thankful for what we have instead of haters constantly envious of what we don’t. We did not inherit the planet, and we will be regarded as exceptionally mindful people, albeit a bit tedious, by later generations in the upcoming major global S-Curves.

The five most valuable lessons for reducing and preparing for crises that we learned from 2020 and from our research projects at Innovation360 are as follows:

See you in next S-Curve…in 2100. Maybe, time travel is now possible, so I am not sure when in time I wrote this (the present version or a future version of me). But I know one thing: bold people will use technology and innovation to survive, restore, and reimage the world as we see it; at least if we look to the historical patterns of S-curves.

If you loke to engage in the ramp-up of the upcoming Play Bold book, go the podcast page and check it out.

Also, watch the 60 Minutes Innovation Management and how Manhattan already changed before the COVID-19, the S-Curve began a long time ago!