What’s an Innovation Playbook—and why do I need one?

What’s an Innovation Playbook—and why do I need one?  Well, a good question. Why does anyone need a book, instructions, or support? As Prof, David A. Kolb, a specialist in adult learning, points out, we each have very different ways of learning. Some like to reflect, some like to do, some like to theorize, and some like to experiment. Not only do we have different ways of learning, we also have different preferences for learning. A good innovation playbook is made in such a way so it supports each learning style and at the same time opening up the eyes and sense of each and one making sure to connect the dots between possibilities and action-driving innovation and growth.

Regardless of how we learn, we often apply what we already know to new situations; however, this is not an advantage when it comes to innovation and creative problem-solving. The assumptions is actually hindering innovation. For example, using why questions and thinking out of the box are two of the most important tools. Of course, that being said, we also need to justify our way of working and integrate that with other teams, other parts of our organizations, and the company’s ecosystem—even global ecosystems. This calls for a common language, a common way of working, and a workflow that is inclusive, integrated, and encouraging. But is establishing a structure for creativity and innovation a contradiction in terms? To answer this question, let’s explore about how big creative ideas come to life. 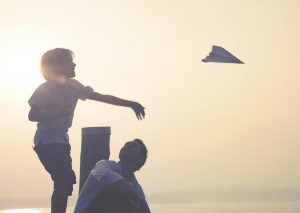 In the film Inception (2010), a crew of corporate dream raiders is pinned down under heavy fire as Joseph Gordon Levitt struggles to imagine his way out of their innovation crisis. Tom Hardy, an expert in the creative subconscious, advises, “You mustn’t be afraid to dream a little bigger, darling.” Provisioned with bigger dreams, the crew finds that their possibilities open up, objections drop away, and they can move on smoothly to the next phase of their journey. Christopher Nolan, the writer-director of that movie, was heavily influenced by the master of translating intellectual dreams (and nightmares) to film: Ingmar Bergman. Bergman said his severely strict upbringing, mirrored in the film Fanny and Alexander, drove him to deeply explore his dreams while awake. “Hence my difficulty,” he confessed, “in separating the dream world from the real one. I became a great liar to escape the punishments” (Brooks, 2001).

Dreams are the touchstones of creativity, emerging as they do out of emotion-tinged memories, remixed and remastered by the logic circuits of the brain. Bergman explained his process, saying, “On the deepest level, of course, the ideas for my films come out of the pressures of the spirit; these pressures vary. But most of my films begin with a specific image or feeling around which my imagination begins slowly to build an elaborate detail” (Singer, 2007).

Clearly, we have now embarked on a deep descent into the caverns of creativity, far from the harsh lights and precise measurement tools of innovation. Too often, innovation teams do not dive deeply enough into their creative pools, whether out of concern for efficiency or fear of peer judgment. They come to the surface too early, with mediocre dreams that can’t survive the work and struggle to come.

Big dreams often grow from the smallest of seeds, invisible to all but the most careful observers. Bergman wrote, “My films grow like a snowball, very gradually, from a single flake of snow. In the end, I often can’t see the original flake that started it all” (Singer, 2007).

At Innovation360, we have observed the same phenomenon. Over countless iterations of successful innovations, we have found that ideation cannot always be traced back to a single well-formed idea.

Innovations grow in punctuated equilibrium, from the tiniest of delicate snowflakes into a massive, unstoppable snowball. The process demands a vision of crystal clarity—the kind that bursts forth from a dream. At the earliest stages, nurtured creativity is vital for this ideation phase of innovation. Too often, though, companies make the grave error of trying to contain creativity within a structured process. Creativity has its own demands and timeline. You can’t spend your way to creativity. But you can inspire it: fixing the right structure, circumstances, and incentives for your creative team is imperative. Incentives do not involve monetary rewards: instead, the process requires intelligent feedback, encouragement, coordinated team efforts, and a well-defined language and way of working. So rather than being a contradiction in terms, there is simply a paradox here: in order to create the right conditions for an organic, creative process, it is necessary to establish a structure for creativity and innovation.

Across the board with the Innovation Playbook

To that end, the Innovation Playbook is an essential tool for all organizations, regardless of their size or domain. It is the compass, the language, the inspiration, and the center point of your company’s value creation for across the board and the ecosystems you are a part of.

A well structured Innovation Playbook will contain inspirational material, a structure for decision making, tools for ideation, and linkages to your other processes for development and commercialization. It will lay a foundation for building the right capabilities, culture, leadership, skills, and fundamental language, and specify the metrics that will help you make sure you are on track toward innovating and securing growth now, tomorrow, and in the future.