In December 2019, we invited innovation leaders who have completed the IMBB™ Innovation Management Black Belt to Maharaja Palace in Jaipur, India for The Global Black Belt Summit, led by Thought Leader and Innovation 360 CEO Magnus Penker. Black belt practitioners from across the globe assembled to discuss the future of innovation management and contribute to the development of the licensed practitioner program. 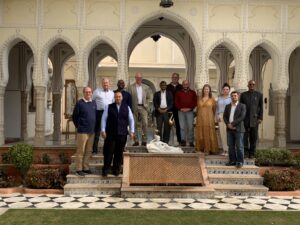 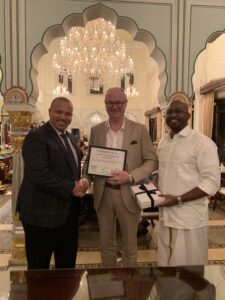 Johannesbergs Castle is built on a hill. About 1000 years ago this hill was surrounded by water – The meadows that now are surrounding the castle were hence once the sea bottom and the meadows were the coastline and show a lot of ancient relics. During the 12th century, a chief named Gutti divided the area into two parts, the north and the south-south part Djursby. The owner of Djursby during the later part of the 17th century was Johan Leijonhufvud. He gave the estate to a close relative, Adam Lewenhaupt, who named it Johannesberg after Johan Leijonhufvud. During World War II Bergengren rented out the main building and several crofters cottages to the Swedish government and under the management of the manager for the Criminal Technical Institution, Harry Söderman, Norwegian refugees were here officially being educated to policemen. In fact, they were educated to join the resistance movement – a perfect location for innovators to meet!

Contact your KAM to book your place right now and receive more detailed information on the schedule.