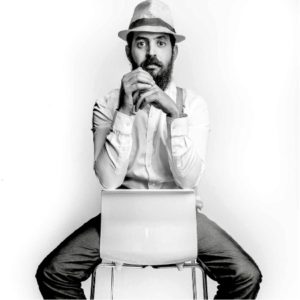 Based in Cairo, Egypt

A young man, Moustafa invented more effective ways to build and establish schools in poor areas, changing both how they were built and how education was organized

At 25, he had raised $3.5M funding, and built 182 new schools in Egypt, enabling collaboration between the US and Egypt, creating immense social impact

Post-university, he worked as a designer and architect, and among other projects he designed the American University Campus in Gouna, Egypt which is now the largest startup hub on the Red Sea

Traveling the world, he was later promoted into even more sensitive & influential roles

Covering 14,000 employees, fighting against the misconception that ethics slow down businesses, Moustafadesigned tones for leadership that made sure the culture sinks into peoples’ diverse hearts and minds

Offering programmes for co-creation as part of his partnerships, Moustafa is becoming one of the most sophisticated innovation names and the first futurist designer for MENA located at the top African VC/PE investment destination, EGYPT

Moustafa’s medium term goal is to lead a wide-range design-led investment authority into an impactful macroeconomic journey with focus on MENA; hence the name of his latest startup for super-adequate contextual innovation, ‘design-led’, which offers the full array of Innovation 360 Group’s consultation products & more.