How to Awaken Curiosity and Activate Your Inner Anthropologist

Home » Blog » How to Awaken Curiosity and Activate Your Inner Anthropologist

This month we’re featuring a guest post by Melbourne-based Licensed Practitioner and Green Belt Greg Collier. Greg’s passion for unleashing the potential of people and cascading that through organizations has been instrumental in leading change and sparking innovation for clients in countries like Dubai, Vietnam, China, India, Pakistan, Fiji and many more.

How to Awaken Curiosity and Activate Your Inner Anthropologist

When people ask what you do, they tend to expect you to answer 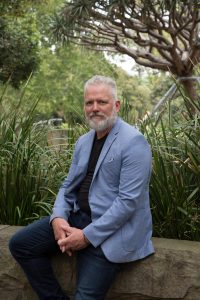 with a job title. Often, I answer that I specialize in curiosity. I help clients zoom out and see the bigger picture and in doing that, I find the word “might” extremely useful. What might be the cause of what you’re seeing? Are you sure that’s the only cause or might it be something else? Ok, so you are certain you know the cause, but what else might be affecting that outcome?

These are the sorts of questions that get people to put their heads up and imagine a different perspective in problem-solving. Now that’s a metaphor, but it’s also an observation. When people start trying to use their imagination or look to the future, they look up, sometimes with their whole heads. That’s the space where innovation happens.

Observation is the key to everything. I think of observation as both the spark and the end goal of curiosity. Until I took my Yellow Belt training, I didn’t really think about this quality of observation that I have as being related to the Anthropology persona, so this was very useful for me. Without a doubt, though, innovators and change agents must be able to embody an anthropologist-level curiosity about people and the world around them.

Here are four of the most effective exercises I use to unlock curiosity that lays dormant in both employees and business leaders.

Recently, I was working with some executives who run a giant Australian fast moving consumable goods business. The way I got them to open up was by role modeling the kind of questions to ask themselves, such as “What’s happening in your world?” and “How is that impacting your decisions?” “What do you predict is going to happen in the next week, next month, by the end of the year?” In business, having an answer is more valued than having a question. We have to counter that. The corporate structure tends to shut down human interaction so we have to open that back up to access innate curiosity. Human-centered questions help them zoom out before they start to dive down into answers. Before they start asking questions, answers will be based on old data and maybe faulty assumptions. A lot of what goes for fact today will be fiction in a few year’s time because of technology and how it impacts every aspect of our lives. It’s certainly impacted how customers are interacting with their products. I’ll ask, “If I had a customer in here, how would they answer these questions? Give them a voice, what’s their narrative?” The more perspectives you can add, the richer your data and the greater your chance of coming up with a higher quality thought. This leads them through doubt and confusion, but the world of certainty is often not your friend.

2 There and Back Again

In Fiji, I tried a new approach with a big group. I said, “Let’s take a walk, get some coffee.” The entire group ended up walking about a mile round trip. I paired them up and gave them a task. On the way out, person A simply talked about all the stuff going on at work. On the way back, person B repeated back what they heard and then offered some suggestions. I’ve done this in the heart of Melbourne as well, with a group of IT guys who were a bit introverted and hard to draw out. They don’t normally interact this way. We just walked around a city block, dividing up the time so everyone got to talk and everyone got to listen. I asked “What did you think about that?” and they were just buzzing. They said that what they loved about it was that, first of all, they felt like they had a nice walk. Second of all, the quality of ideas was far better they could have come up with on their own. Third, they learned about a different part of the business and how it all fits together. Fourth, they established new relationships that will continue to be meaningful after they get back to work. Fifth, that little walk was far more productive than a one-hour meeting. The learned to follow the tangents of the conversation and experience first-hand how structure, even though people really want that, often gets in the way.

When I worked for a little café on a blueberry farm, we came up with an idea on how to lower costs at a time when the blueberry prices were shooting up at the end of growing season. I thought we should do a feasibility test to see if people would want to try something without blueberries, or if the blueberry-based desserts were the real attraction of eating at a blueberry farm. A feasibility test doesn’t have to be a big, complicated, expensive project. I just had them add “New York Cheesecake” to the chalkboard menu. People at the counter said, “What if they order it?” Well, then we tell them we are sold out and gauge their disappointment. If demand is there, we’ll make it. Demand was there and we had great success. Then we started working with portion size and price points to find what gives customers the most satisfaction at the intersection of where it makes sense to produce the dessert. We even got the busboy involved in the anthropology. We asked him to just keep his eyes open and let us know what’s getting left behind on plates and which dishes make people lick their plates to get the last bit. Get everyone involved and make the pilot more inclusive. You don’t need a million dollars and six months to run a test pilot program. All you really need is a chalkboard and some quiet observation time.

I was working for a bank in the Pacific Islands where we were doing customer journey mapping. The customer walks in the door, walks up to the reception area, on and on. I said, hold up. What was going on in the customer’s mind before they walked in the door? How were they feeling when they got up this morning? At first, they were resistant and they thought they had no idea what happened before the customer arrived, but it turns out they did. This bank is in the big city and many people that come in to apply for loans are coming in from the countryside. They might have to ride a bus for an hour and a half to get there and the city itself is stressful. We talked about what we could do to prepare the customers and ease their minds about upcoming appointments, so they can have a better morning before they even leave the house. All of that goes into experience, not just the transaction at the bank.

After my presentations, people frequently come up to me to say, “That was more fun than I thought it was going to be.” Yes, innovation should be fun. I keep it light and make sure everything comes from a human-centered design perspective. Data is important, that’s how you prove things, but the process of getting people to open up, awaken their childlike curiosity, ask questions, and provide the data, that’s fun.

Corporate leaders tend to describe innovation as an imperative or a key strategy for survival, but rarely call it fun. It’s partly a problem of risk tolerance, but also one of perspective. Once business leaders learn how to observe and record like an anthropologist, driven by genuine curiosity, they typically start to see innovation as more of a roller coaster. The first time my daughter was old enough to ride a roller coaster, she was terrified and screaming during the ride, but at the end she was dying to get back on for another go.

Anthropology Around the World

This leads to another fascinating observation based on innovation data. Developing countries have already taken the lead in displaying anthropological capabilities. In analyzing data from Innovation360’s InnoSurvey®, we found that companies in several African countries, as well as some high-growth Asian countries like Malaysia and India, tend to score much higher on measures of anthropology than their counterparts in Australia, the EU, the US and other parts of the developed world.

The data shows that the statistically significant countries with the lowest anthropology scores were Finland, Greece, and New Zealand, compared to the highest scores in Nigeria,  Jordan, and Malaysia. Why? That’s an excellent question. Following the why might be your first step in acting as an anthropologist.